Contractor filed a mechanics lien action against the owners of a commercial building. The trial court granted the owners, represented by Mr. Lurie, a directed verdict, ruling that the subcontractor did not establish a direct contract with the owners. The owners filed a motion for sanctions under Ill. Rev. Stat. Ch. 110, Par. 2-611 (1987) alleging that, having missed critical deadlines to perfect a subcontractor's lien, plaintiff's complaint made untrue allegations that it had the status of a general contractor on the project. The trial court awarded the owners sanctions against the plaintiff and its attorneys. The appellate court affirmed the sanctions and remanded the case to the trial court for an award of attorney fees and costs incurred by Mr. Lurie's clients in the appeal.

Insurer filed declaratory judgment action after law firm and some of its lawyers were sued for defamation by an attorney it formerly employed. The circuit court granted insurer's motion for judgment on the pleadings ruling that the insurer was not obligated to defend or indemnify defendants because the policy provided coverage for libel and slander but excluded coverage for injuries that resulted from known false statements.

Mr. Lurie was retained by the defendants for their appeal. The appellate court reversed the judgment. The court held that the duty to defend existed even if only one of several allegations was within policy coverage. The court distinguished defamation from other intentional claims, such as assault and battery, which are typically held to be excluded from coverage because reckless disregard was sufficient to support a defamation claim. The court noted that while the complaint alleged intentional conduct by defendants, the former employee also pleaded recklessness which brought the claim within the potential coverage of the policy because recklessness did not require knowledge of the falsehood of the statements and because whether intentional conduct was actually committed was a question or fact & could not be determined before trial.

St. Edmund's Meadows was a CHA scattered site project on Chicago's south side which was jointly administered by the Chicago Housing Authority, the Illinois Housing Development Authority and the Department of Housing & Urban Development. When Frederick Lurie first entered this case on behalf of a subcontractor, construction had ground to a halt, subcontractors had not been paid in over 6 months and the developer and lender had threatened to call the performance bond. 6 subcontractors ended up retaining Mr. Lurie. The case involved almost 20 parties and Frederick Lurie ended up acting as lead negotiator for the subcontractors and secured a settlement of 100% of the amount due plus interest and attorneys fees for his clients and most of the other subcontractors. 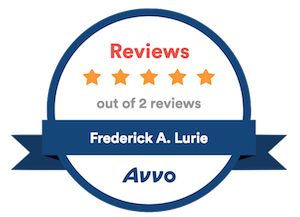 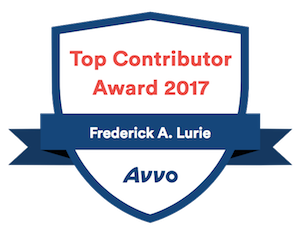