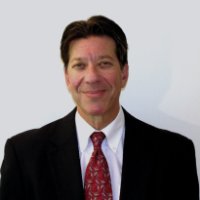 Frederick Lurie began his career over 30 years ago as a trial and appellate lawyer in the Cook County Public Defender's Office. After leaving the government to enter private practice, Mr. Lurie began to focus his attention on representing, contractors, material suppliers, design professionals and owners in construction disputes.

Mr. Lurie has represented clients in cases involving both public and private construction projects and has filed and litigated payment and performance bond claims against sureties and claims to enforce public liens.

Fred's experience also includes drafting, reviewing and negotiating contracts and designing and reviewing documentation for construction payouts to reduce the risk of lien claims after contractors have been paid.

If you have a construction dispute or project, contact The Law Offices of Frederick A. Lurie to obtain information about your rights.

Education Jurisdictions Admitted to Practice Professional & Bar Association Memberships
Legal Specialties and Certifications
Languages
Contact Us
Use of this website does not create an attorney/client relationship.
Practice Areas